By Kristen Miller, Wash U Sophomore

This spring I had the opportunity to help organize a talk on campus with Arsalan Iftikhar, a human rights lawyer and activist. His talk addressed Islamophobia and the ways it can be tackled both on campus and on a larger scale. His speech was particularly powerful because it addressed the ways that Muslim students can combat hate, but also how students of all religions can show solidarity and reject Islamophobic rhetoric and behavior. One of Iftikhar’s goals is to humanize Muslims in America. He claims that people often hate Muslims because they have never met a Muslim or at least not on a personal level. Therefore, one of the largest takeaway’s, for me, was the importance of interfaith dialogue. If Christians, Jews, Atheists, and people of all backgrounds took the time to learn about Muslims and get to know Muslims through conversation, their humanity could no longer be denied. It is through interaction and discussion between faiths that we can get rid of hate and find commonalities.

Not only did I get to meet Arsalan Iftikhar, but I had the privilege of working with the Muslim Student Association to coordinate this event. Through planning I learned about how the MSA operates and discovered that LCM has similar problems and goals. Discussing ideas with them and understanding their group gave me a new perspective on faith in college. Through LCM’s interaction with the MSA, we gained an opportunity to be a part of an important event that promotes social justice and I hope that the MSA also benefitted from the help and resources LCM provided. This event, therefore, embodied interfaith collaboration and demonstrated the value of interfaith dialogue. 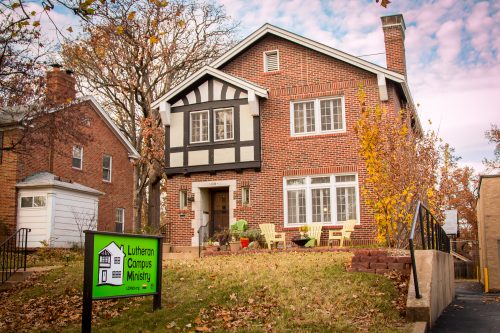